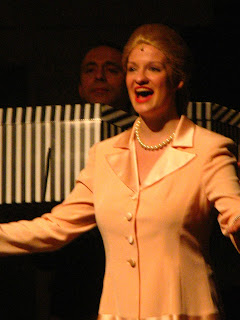 As a professional musician, a big chunk of my career is vocal coaching. The voice is like any other
instrument (and it should be thought of and regarded as an instrument), and requires the same amount of care. I get asked a lot of the same questions all the time, so here's a couple answers to some common things people seem to be wondering about.

What are the benefits of going to a voice coach?
Many, that's for sure.
When I was fifteen I auditioned for a local production of FAME, and ended up with a lead role. I only had an octave range of chest voice, a really crappy break and limited use of my head voice (more on the technicalities of these distinctions later), and wasn't getting any singing lessons so I had to essentially teach myself as to what I needed to do to get better and match up to the rest of the cast - I did manage to extend my chest range and gain a bit more power higher up, although my break remained a huge annoyance, and in hindsight, it was pretty dangerous to attempt all that at fifteen and without a coach, because I probably pushed my voice in a way I shouldn't have, and I could have really damaged myself. A vocal coach would have been able to help me expand my range safely, or improve my vocal power, strengthen my break, or eliminate any bad habits because they know how.  You can teach yourself to a point, there are a lot of couple vocal tutor books by accredited vocal coaches that come with instruction CDs, so it's like getting a lesson from them, but at a very limited rate. You don't have the one-to-one personal care and attention
- Another reason is exams. If you decide you want to take a singing qualification, you need a teacher to do it: for the help picking repertoire, for the support, and even the accompaniment in the exam itself. I physically couldn't have done my Grade 8 qualification without a teacher to help me pick my material, coach me through the exercises and actually play for me in my exam! 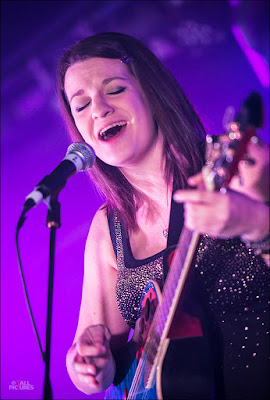 There is a massive difference. Vocal range covers your total amount of notes you can hit, as well as the natural resonance and tonal quality of your voice. There are 6 standard voice types that are predominantly based on vocal range, but also by vocal tone, colour and natural resonance. I'm using the Italian 'opera' classifications, but they actually apply to all voices across the genres. For the explanations below, consider C4 as being middle C on the piano:

Bear in mind that the ranges given are only 'typical'. Many singers have extended ranges beyond their classification. Eg: I'm an Alto, but my range is C3-G6! That pretty much covers Tenor to Coloratura! But I have a deep a full resonance to my tone that classes me as an alto.

Vocal register is about where those notes come from, so, what your voice box and muscles are doing, where the sound is produced and where the sound is resonating. So many people make the mistake of thinking they are a certain voice type because they 'can't sing high', when in reality what they mean is they can't sing "well" or as they would like to sound in their higher registers, or they can't transition between registers properly. There are 6 vocal registers:
Once you understand the difference between range and register, it makes it a hell of a lot easier to fix any problems you may have, or extend your range, or for a coach to help you improve as a singer through your tone and resonance. 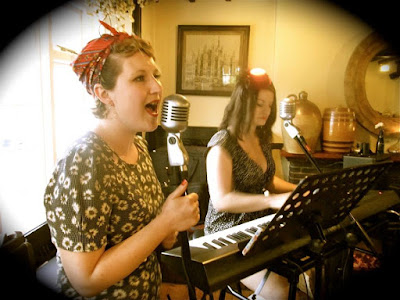 Vocal Issues and Problems:
Certain issues to do with singing are incredibly common, almost everyone has dealt with one of them at some point in their singing career.

- Vocal Break / Crack: Ah, this old chestnut. Nearly everyone has a 'break' in their voice (only about 2% of the population never have to deal with this problem), and it's to do with your vocal registers not connecting properly. Now, for those of you paying attention, it's not about  range!! I have struggled with my vocal break since I was 13. My voice divides up like so: Chest = C3-G4 Mix = Ab4-E5, Head = F5-G6. My break/crack is where my chest voice meets my mix voice, and for years I struggled with a loss of power where my mix meets my head voice too!  The biggest mistake people make when trying to cope with a vocal break is pushing the chest register up: BAD IDEA! All you're going to do is make the muscles strain, therefore making them weaker, and thusly make the problem worse. There are some excellent tutorials around though to help avoid this and work on mix range.

- Vocal Fatigue: If you do something too much, you get tired and can't do it properly. That's what happens to your voice. Vocal Fatigue is probably the most common issue singers have to deal with. The best cure for vocal fatigue is prevention, learning good habits and looking after yourself. If you do get vocal fatigue, then you need to rest, give your voice time to recover!

- Nodules: this word fills singers with absolutely fear and dread. Nodules are essentially calluses on your vocal folds that build up over time. There are two types: 'Soft', which can be fixed with speech therapy and very careful and precise coaching, and 'Hard', which can only be fixed by surgery. The two main causes of Nodules are pushing the voice too hard (so belting / pushing the chest register up or singing through vocal fatigue), and breathy singing.

My personal pet peeves of bad singing:
Every singing teacher has their own I guess, but I've got a couple which drive me nuts:

- Swooping: Sometimes, a swoop or slide (portamento is the technical term) is a good skill to add in for a bit of vocal colour.... but not on every note! It essentially makes it sound like you can't hit any note accurately. Worst example, Katie Melua singing 'Closest Thing to Crazy'. I like the song, but I can't stand the way she sings it. And there is actually no need to swoop so much in that song.

- Breathiness: It's that almost whispery effect that people put on in their voice, a lot of times it's achieved by flipping from the chest register up into a breathy head voice. Ok, it can (like a slide) have a nice effect, but when it's all the time it's just annoying, and actually, as a singing teacher, it's worrying. As I said before it is one of the main causes of nodules: whispering or talking breathily is really bad for your voice, because it means you have to make your vocal folds rub together - think about a friction burn for a second - hurts right? That's what breathiness is doing to your voice, giving it a friction burn. Do it for long enough, and you're going have some serious problems (like nodules).

But I can hear some people reading this now - "But what about Style? Isn't 'breathiness just
stylistic? Isn't all this teaching of 'technique' taking away unique style from people?!"....
NO! Having great technique makes you better at singing, and keeps you healthy. Having great technique doesn't mean you lose your unique voice (and you certainly shouldn't be working with a vocal coach who is trying to make you sound completely different), it just means you strengthen your unique voice, and know how to do things properly and safely.

My Top tips:
- Warmup AND Warmdown: Most people talk about warming up the voice before singing, few talk about warming down. Like you would warmup and stretch before and after a run, you should do the same with your voice. Think of it as an athletic instrument, and treat it like an athlete.
- Food and Drink: Certain foods and drinks do stick in your throat and make singing harder, or dehydrate you, like dairy or alcohol - I'm not going to be a dictator and say 'never eat these' because, well, I love cheese! But learn when you need to cut back or avoid certain foods in order to keep your voice in good shape.
- Water Water Water: Stay hydrated, and drink lots of water. If you're feeling dry or tight in the throat consider steaming (place your head under a towel and over a bowl of hot water and breathe deeply) to moisten and hydrate your vocal folds.
- Avoiding excessive use - know when to stop! Never push your voice when you're tired, ill or have just been singing too long.
- Don't smoke - shouldn't really need to say this one!
- If you're worried, seek further help - don't be afraid to ask other singers for advice, or get another
teacher's help/opinion, or get checked out by your doctor if your voice isn't doing what you think it should be. If there is a problem it's better to catch it early.
- Vocalzone: simply the best throat pastilles, specially designed for singers and voice actors. Their website also has some brilliant help and advice from 'The V-Team': www.vocalzone.com

If you're looking for a book-based vocal tutor, I highly recommend the following, either to start you off, or in supplement to coaching from a singing teacher:
- 'Singing for the Stars' (Seth Riggs): The basis of the acclaimed SLS method of vocal coaching, directed by the man who developed it
- 'The Contemporary Singer: Elements of Vocal Technique' (Anne Peckham): A great beginners book by the main vocal coach from Berklee College of Music.
- 'Singing Technique' (Dena Murray): Another beginners book by the main vocal coach from The Musician's Institute in LA.