Day four, and I am consistently making it to breakfast later and later - hmmm, I wonder why?! The morning seminar began with a reading of three of the pieces we'd not heard yet, as well as feedback on the 10 we heard in the Princeton Singers session from Dr Sven-David Sandstrom. Hearing Sven-David speak is brilliant. I don't know whether it's because he is Swedish, or just his general demeanour and outlook on life, but he has an amazing way of saying things bluntly, humorously and compassionately... all at the same time! He had very useful insight into everyone's piece, with the most prevalent being how creating space in music is magical, and should be utilised more often. This is an important lesson for performers too, not just for those that write music. Creating space (a hanging chord, or even silence) allows the music to breathe, so it doesn't sound robotic. It also enables the composer and performer connect, which is an important relationship to form, as it makes the music connect to the audience too! Dr Steven Sametz also asked us to consider the types of text we choose to set for choir, as texts that are supra-personal (personal to all, on mass) as opposed to those that are personal solely to the composer generally work better, both in the process of setting the text, and the eventual performance. I completely agree. I know when I'm choosing a text, I tend towards subject matter that will speak to everyone - that's not to say you can't set more personal texts, but it's going to be more difficult! It's safe to say that part of what makes this forum special is reading through other composers works, hearing their feedback and their piece progress, as well as your own. I always say you can learn from everyone (and one of the reasons I encourage my students to enter the Guernsey Eisteddfod), and I think this is very true in a compositional setting. You learn from either relating to someone else's style, admiring them, or coming to a realisation that you want to emulate them in someway - or perhaps the complete opposite; realising that you absolutely are the polar opposite of someone, which only cements your own belief in what you do, rather than knock another composers style.
- My feedback in the seminar, as well as the one-to-one I had from Sven-David today was very positive. The main issues I needed to address were the engraving (making sure the notation is exactly as I want, and as detailed as possible), creating a greater sense of ebb and flow in the piece using more dynamics (and more space), and reworking the middle section of my piece to create a great sense of buildup. The general consensus was that my writing was beautiful and very nearly there, just some tidying and a little exploration in the middle - very happy with that indeed!

Our lunchtime was somewhat of a 'working lunch', as we had a representative from Peer Music come talk to us about the general business of Choral Music Publishers; how to approach them, what publishers are looking for, issues with copyright (in particular to text setting), and answer any questions we may have. A useful lunch 'break' indeed, as Todd was able to give a real insider view into publishing, and take away some of the mystery and 'fear factor' about them; putting a face to a name, so to speak! There is this general consensus that these big organisations are just faceless entities that do a job and it's impossible to get in and work with them, but actually, just chatting to someone from that side of the industry takes away that concept. These days, it's more important to be pro-active and spend some time finding the right people to talk to, in order to build a relationship so that they're more likely to be interested in working with you.

Today featured two sessions with the Princeton Singers; an afternoon session reading through the other 9 works that were not read yesterday, and an evening session for more in-depth work on the pieces that are ready for some exploration. So, after waiting, literally all day, my piece was the last to be read (10pm, I kid you not) - which, to be fair, makes sense, my piece is much more complete than most... While I was waiting, I must confess, I abused the coffee machine in the music faculty lounge something silly - oops! Drink enough of coffee and I think you'll find anyone starts seeing music as colours! #coffeegivesmesynesthesia
- Anyway by the time we got round to my piece I was pretty happy with the outcome of my second reading. Most of my revisions were exactly what I wanted, but there's still a few little things to tidy up. Hearing other people's pieces, and how far they've developed and where they are going as works is fascinating. Some have very much managed to write what the guys here refer to as an 'ear worm': a piece that gets stuck in your head. Jared Field's piece 'Old Things' definitely is one that people have been humming around the building (apparently mine is another one that people have woken up singing, Dr Sametz included!). Some people would probably think that sitting in a room for 5 hours and listening to a choir sing and discuss works you've never heard would be pretty dull - well, it's not! It's very enriching, and one of the things that Dr Sametz actively encouraged was to really listen, and steal ideas from each other - and that has actually happened a couple of times: I've taken a little idea from Barry Sharp, and Jared took an idea from me (and so on). As Stravinsky said: "... good composers know how to borrow, great composers know how to steal..."

Not so much of the social side of things today until after both rehearsals, when a couple of us went to a local bar: composers, singers, and our composer faculty. A great night out just getting to know each other's worlds (and in my case, explain where Guernsey is and how it relates to the UK and the EU.... a difficult conversation! Haha!). Many people have asked me 'why do you feel the need to go out to the US to do these forums/workshop?' - well, actually - this is why! It's as much about meeting other composers, choral directors, and singers and getting to know people, and network in a personal way as it is about writing music. If people know you, and have heard your music, or observed how you work and like who you are as a person, they are far more likely to want to commission you, or get a different ensemble to perform your work again for you. As the old saying goes, sometimes, "It's not about what you know, but who you know." - Safe to say, I'm getting to know some pretty awesome people!

I feel like closing today's blog out with an inspirational quote that popped up on my twitter feed: 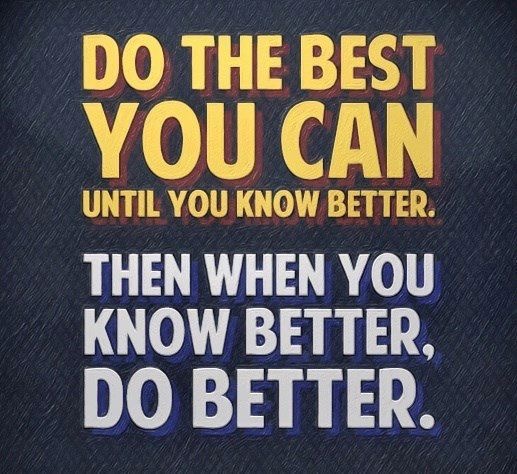